With a particularly stable economy and special privileges for foreign businesses, Switzerland has continuously been seen as a "landing spot" for import and export companies. For this reason, the country has always been a pioneer and attractive place for investors in terms of international trade.

One of Europe's busiest economies for offshore trading company

As a result of its early economic opening strategy, Switzerland has a trade network with the majority of Western countries, particularly the Schengen area. Consistently ranked among the top countries in the world for attracting the most foreign investment, Switzerland has benefited from human resources and foreign investment capital from all over the world. More than a quarter of Switzerland's population has foreign roots, and almost half of the country's millionaires are foreign-born.

Federal Palace of Switzerland in Bern

Despite being a small country with a population of 8.6 million, Switzerland is a highly competitive industrial country. Compared to other European countries, Switzerland is one of the first countries to promote cooperation and investment with import and export companies to develop international trade.

Why should you establish an import and export company in Switzerland?

Economists regard Switzerland as a "unique" market. Despite not being an official member of the EU, Switzerland has long been a major partner of many countries both within and beyond the region. Switzerland is known to own one of the networks of free trade agreements connecting all continents, notably with the EU and China, to ensure the smoothest and most efficient commercial flow. Since Switzerland has such a wide import-export network, creating an offshore trading company here is not only a precise but also strategic decision for foreign investors.

Becoming a major partner with many countries and continents around the world without being bound by a certain organization helped Switzerland maintain its neutrality in diplomatic relations. The country can increase its international trade activities without being embroiled in political controversies. For this reason, Switzerland has become a "unique" location attracting many international investment capital as well as investors coming here to establish an import and export company.

Switzerland has a very wealthy and modern socio-economic foundation, with a low unemployment rate, a highly skilled workforce, and one of the highest per capita incomes in the world.

What makes your Swiss import and export company better than others?

One of the biggest benefits a Swiss import-export company can offer investors is an easy entrance to the European market. The EU is known as Switzerland's main trading partner. Laying the groundwork for your business in this nation is the most significant and required stage if you want to access the European market, which is regarded as the most challenging in the world.

Having a Swiss offshore trading company may help you access more target lients in Europe.

Last but not least, having a Swiss offshore company for trading will help to increase the value of your company's image and brand. Being situated in Switzerland demonstrates that your firm is an international corporation; your company's brand and image will improve dramatically, drawing more customers and partners compared to a local corporation. Having an offshore trading company and its own location in Switzerland will make it easier for your company to access target consumers in Switzerland and throughout Europe. Customers and partners can readily find your information and communicate with you more successfully than if your company is in another nation. At the same time, if your firm has its own branch in Switzerland, you will almost certainly collaborate with numerous other brands or partners. In such case, having a large number of possible partners is crucial for an import-export organization.

Businesses can create a Swiss offshore company for trading in a variety of methods. The simplest option, in particular, is to seek the counsel of professionals in the field of foreign investment support. With expertise and insight in international commerce, One IBC has assisted hundreds of firms from across the world in establishing and operating corporations in Switzerland. One IBC will serve to decrease the administrative load in the host nation, allowing enterprises to focus their resources on their core business operations. 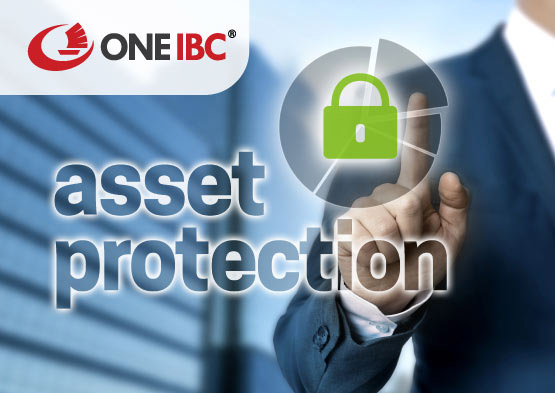 How an offshore trust can protect your assets

What is an offshore holding company?

Starting a business in the Caribbean, why not?

Highest GDP growth in more than a decade, Singapore is ready for a new wave of foreign investment

5 reasons you should take advantage of business opportunities in Malta