In mid-October 2019, European Union finance ministers agreed to remove the United Arab Emirates, Switzerland and Mauritius from the bloc’s lists of countries deemed to be acting as tax havens, a move that activists called a “whitewash”.

They subsequently added the countries to the EU’s list of tax compliant jurisdictions after they agreed full cooperation with the bloc’s tax requirements for conducting transactions with member states. 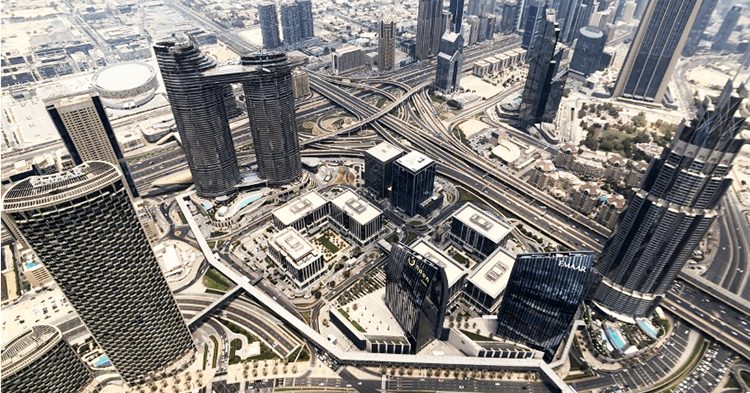 The 28-nation EU set up a blacklist and a gray list of tax havens in December 2017 after revelations of widespread avoidance schemes used by corporations and wealthy individuals to lower their tax bills. As part of the regular review of the lists, the ministers decided to drop the UAE from the EU blacklist that covers jurisdictions that have failed to cooperate with the EU on tax matters.

The Marshall Islands has also been removed from that list, which still includes nine extra-EU jurisdictions - mostly Pacific islands with few financial relations with the EU.

The UAE, the largest financial center which was blacklisted, was removed because in September it adopted new rules on offshore structures, the EU said, giving it a clean-sheet on its tax practices.

The EU does not automatically add countries that charge no tax - a sign of being a tax haven - to its blacklist, but it requested the UAE introduce rules that would allow only companies with a real economic activity there to be incorporated in order to reduce risks of tax dodging.

Under an initial version of the overhaul, the UAE exempted from the requirement “all entities in which the UAE government, or any of the Emirates of the UAE, had direct or indirect ownership (no threshold) in its share capital”, an EU document said.

That reform was deemed insufficient by EU states and prompted an amendment, adopted in September, that excluded from the requirement only companies in which the UAE government owns directly or indirectly a 51% share of the capital.

This reform was considered by EU ministers as sufficient to remove the UAE from the blacklist.

Major economic partner Switzerland was removed from the EU gray list covering countries that have committed to change their tax rules to make them compliant with EU standards. It has delivered on its commitments, the EU said, and therefore is no longer listed.

They also removed the Indian Ocean island of Mauritius, Albania, Costa Rica and Serbia from the gray list, leaving around 30 jurisdictions on the list.

Why is Compliance So Important? What are the Repercussions for Non-Cooperation?

The European Union brought in these measures to promote transparency among those countries that wish to do trade with the EU. Further, such countries seeking trade arrangements are examined for far tax and competition measures to ensure that the tax regime is not harmful. Finally, it is necessary to ensure that the tax rate reflects genuine economic activity and not artificial tax infrastructure.

For countries that continue to fail to comply, sanctions are likely to follow at both bloc and national level. Those that fail to comply will not receive EU funding in the future. Other measures include withholding tax, tax reporting to national jurisdictions, and full audits.

What makes the economy of Samoa a hotspot for global investors?

How to start an International Company in Samoa (Samoa IC)?