The European Union Vietnam Free Trade Agreement (EVFTA) was signed on June 30 in Hanoi paving the way for its conclusion and increased trade with the EU and Vietnam.

The EVFTA is an ambitious pact providing almost 99 percent of elimination of custom duties between the EU and Vietnam. 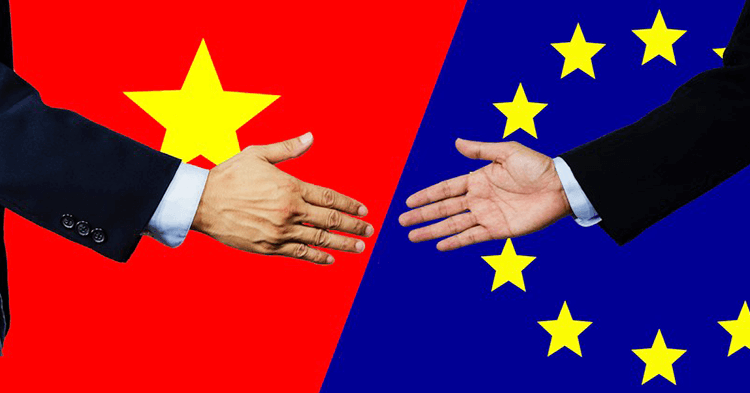 Vietnam and the EU are long-standing trading partners. At the end of 2018, EU investors had invested more than US$23.9 billion in 2,133 projects in Vietnam. In 2018, European investors added almost US$1.1 billion in Vietnam.

EU investors are active in 18 economic sectors and in 52 out of the 63 provinces in Vietnam. Investment has been the most prominent in manufacturing, electricity and real estate.

Bulk of the EU investment has been concentrated in areas with good infrastructure, such as Hanoi, Quang Ninh, Ho Chi Minh City, Ba Ria-Vung Tau and Dong Nai. 24 EU member states are invested in Vietnam, with the Netherlands taking the top spot followed by France and the UK.

At the regional level, Vietnam is now the EU’s second most important trading partner among all ASEAN members – surpassing regional rivals Indonesia and Thailand, in recent years. The growing trade between the EU and Vietnam also helps to solidify ASEAN’s position as the EU’s third largest trading partner.

The EVFTA, at its core, aims to liberalize both tariff and non-tariff barriers for key imports on both sides over a period of 10 years.

For Vietnam, the tariff elimination will benefit key export industries, including the manufacturing of smartphones and electronic products, textiles, footwear and agricultural products, such as coffee. These industries are also very labor-intensive. Increasing Vietnam’s export volume to the EU, the FTA will facilitate the expansion of these industries, both in terms of capital and increasing employment.